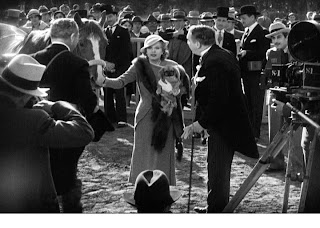 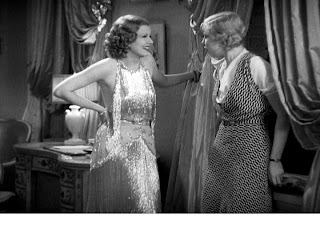 First off, I LOVE this movie.  It was made before the MPAA developed decency rules and the rating system so it's chock of full of early and mid 1930's promiscuity, which Jean Harlow was renowned for.  Consequently it is also full of awesome costumes, which I have taken upon myself to share with you.  This movie is rarely shown but so far is my FAVORITE Jean Harlow flick.  You can buy it at Turner Classic Movies website or rent it through netflix as I did on the Forbidden Hollywood Collection.  I'm posting this, not to review the movie, but to show you the look of the 1930's and how it can be translated into everyday wear. 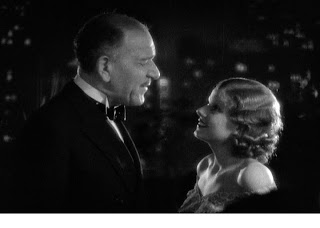 First thing to note is her hair- this is a classic fingerwave and done properly can last for many days sometimes even up to a week.  You tube has videos to assist you, there are books on vintage hair (which I will be reviewing a little later in the week) and many states require this skill to become a hairdresser-  if you feel like spending the cash go get your hair set professionally.  I always suggest the latter to start off with paying close attention, asking questions, inquiring how you can maintain it at home and how to set it yourself.  You'd be amazed at the information hair dressers want to share with you and a good one wants you to be happy with your hair.  Long hair poses a slight issue but at the time the ladies would just pin it up in the back to make it look short.  This was when America was still coming out of the 20's when page boy haircuts and bobs were all the fashion. 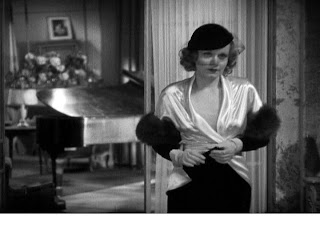 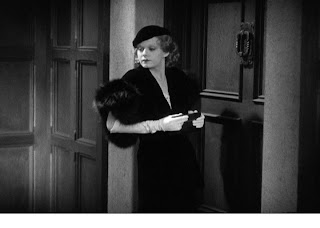 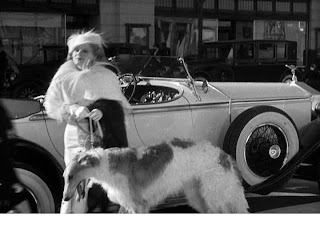 Second, I would like to point out the fur trim.  I know, I know, fur is bad!  I don't personally support the fur industry but I do have a fur coat that was my Great Aunt's and have been given vintage furs as gifts.  I don't really want to encourage you to buy real fur trim but to each his own.  Thrift stores, EBay and other furrier's are great places to find both vintage and modern, both fur and faux fur trim for your coats, capes, gloves, etc.  High end fabric stores will also likely have quite a faux fur and real fur selection that you can altar yourself for custom fittings. Your imagination is the limit here.  Every fur piece Jean Harlow wears in this film detaches from the coat or cape or hat that it's attached to, it's rather impressive. If you look at the image to the left you'll notice the very long and fuzzy fur on her hat and cape- well, that fur on her cape is actually attached to the top of her gloves, of which she has on two pairs, one fingerless and opera length and the other pair short day gloves worn over the fingerless ones with the fur attached creating a couture look. 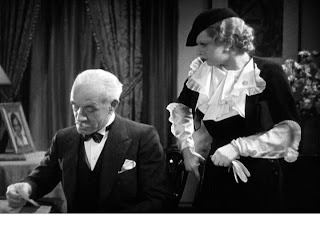 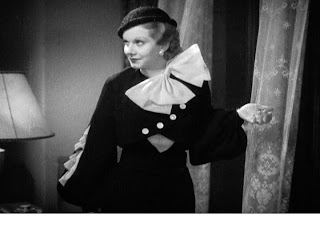 Third, take a look at the structure of her clothes.  Note that they are actually structured and almost mimic an art deco feel- they are a little more angled yet form fitting.  No wonder clothes from this era are hard to find in good condition, I would never have wanted to take any of these OFF!  Quite often recreating this is simply adding some buttons to a pencil skirt and ruffle or a large bow to full sleeved jacket.  Her hats are also well thought out and usually match her outfit completely- along with her gloves- in both textures and structure.  They are angled or have the same fur type and more than likely are the same color as well, though because it's black and white we may never be too certain with that.  What I find so intriguing about these outfits is that this was in the middle of the Great Depression so most of America wasn't wearing these styles, they were wearing cotton gowns and leftover clothes from the late '20's, but these fashions will be more fun to imitate. 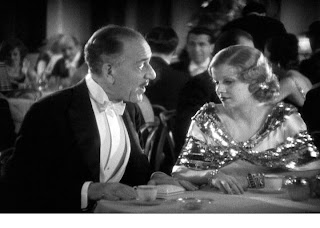 The make-up is standard 1930's, a smoky lid with a darker lip and probably false lashes or least plenty of mascara and high thin Vaselined eyebrows.  Here is a web page showing how women wore their make up in the 1930's 1930's Makeup Guide. Jean Harlow was known for her bedroom eyes and her platinum blonde hair as well as her very attractive frame.

Consequently, most of the shots of this film cut off at the legs so you can 't really see her shoes, but whenever they did pop into frame they were lower heeled (maybe 2-3 inches) and usually had straps with a slightly triangular or gently pointed toe. Here is an example of a 1930's shoes. Also, this blog has some great photos from LIFE magazine displaying many 1930's celebrity's shoes. http://glamourdaze.blogspot.com.

Jean Harlow was taken from the world too soon at the age of 26 but her memory lives on in her films which, for the era in which they were made, really pushed the envelope regarding women's sexuality. I have to say though, I wish I could have seen what she looked like with red hair, because I'm 72% certain that they dyed it even though the film is in black and white.  If you haven't seen it yet then check it out, she's a diabolical maven of deceit in this film and she's definitely a woman you love to hate.
Posted by Dixie Rising at 8:43 AM